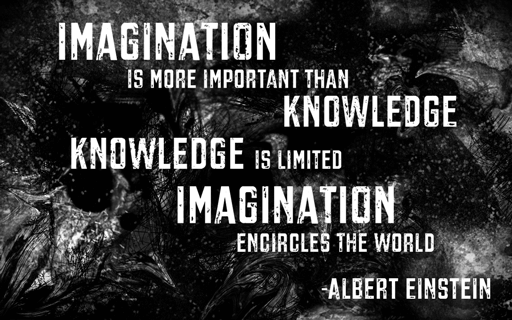 Flexing the imagination muscle is an exercise in mind-stretching. It is an essential element of good marketing, where the mind must pull pieces of a disconnected puzzle together to create a strategic mosaic.  It’s not always a neat and tidy process because making connections from disparate concepts is not linear.

The marketing imagination is both logical and irrational. It must be logical in the sense that strategy follows a predictable path that relies on the concepts of cause and effect.  It must be irrational to access the ever-changing nonsensical nature of human emotion.

Theodore Levitt says the marketing imagination is different from other types of imagination because it uses unique insights to understand customers and their problems.  In his book The Marketing Imagination, Levitt says that “by asserting that people don’t buy things but buy solutions to problems, the marketing imagination makes an inspired leap from the obvious to the meaningful.” Recall Charles Revson’s famous line: In the factory we make cosmetics.  In the store we sell hope.

The challenge for companies who market is to overcome what Levitt calls marketing myopia, or failing to properly define their purposes.  He says Hollywood was hard hit by television because they incorrectly held onto the notion that they were in the movie business when, in fact, they’re in the entertainment business.  This view takes making the leap from being product-oriented to being customer-oriented. Levitt called for a reconceptualization of business, focusing on “the deeper meaning in customer behavior, thus causing marketing programs to be reshaped in ways better to attract and hold customers.”

This makes the marketing imagination all the more valuable as companies try to break through the consumer’s mind-clutter. Companies must seek ways to differentiate their offerings so people will want to do business with them.  “The search for meaningful distinction is a central part of the marketing effort,” says Levitt.  “If marketing is seminally about anything, it is about achieving customer-getting distinction.”

How can you flex your marketing imagination muscle?